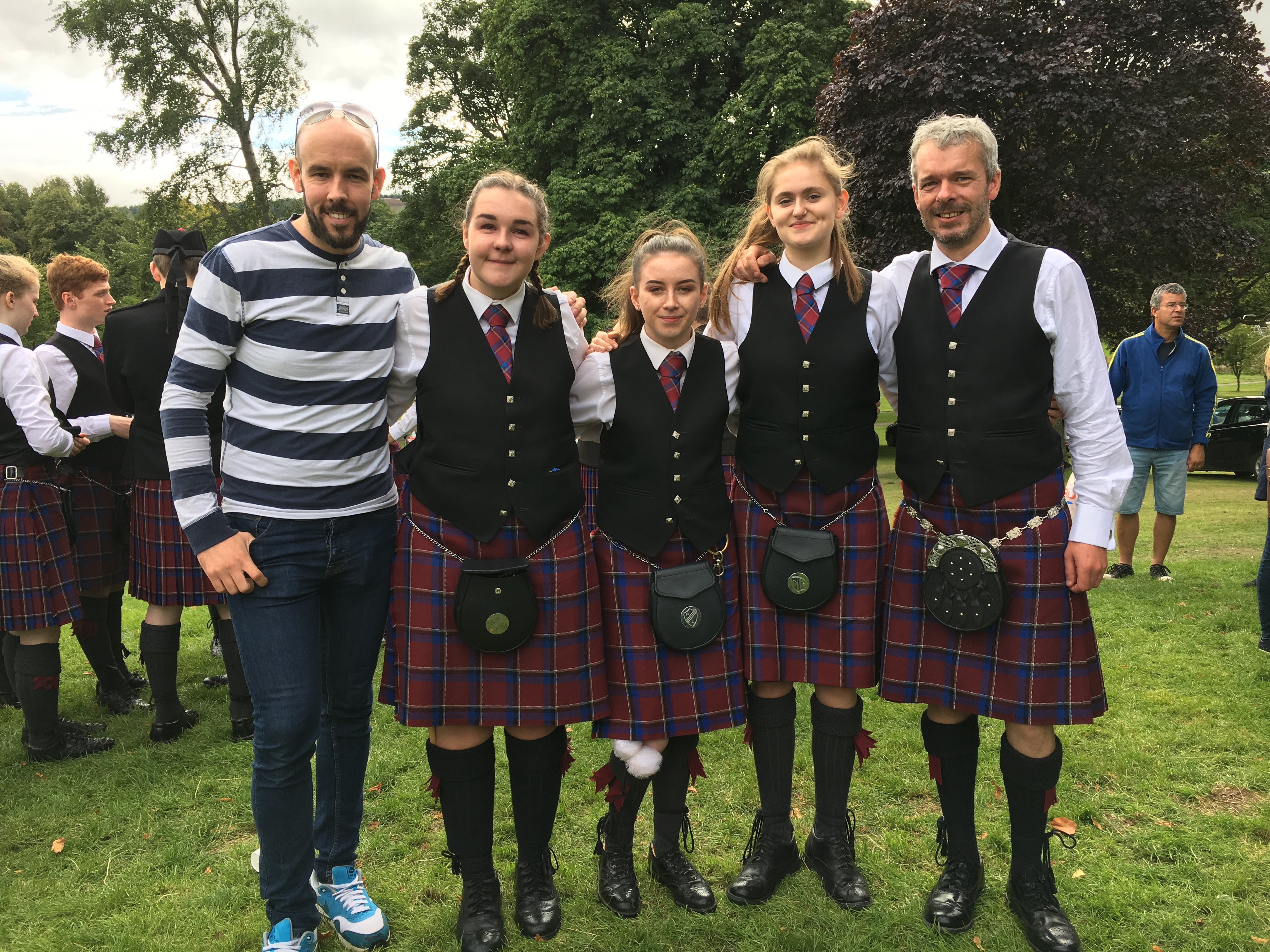 The band were at Peebles at the weekend (1st September) for the final competition of the season.  There were plenty of tired faces who were perhaps looking forward to the competing season being over but were excited at the potential of finishing the season on a high.  We also use the competition as an opportunity to farewell to those who will be leaving the band.

Both of our bands went out and performed well and certainly ended the season on a high.  The results are below.

We also said farewell to band members and staff who were leaving us.  Jordan Bailie has left us to teach at George Watson’s.  We wish him all the best with his future and we thanked him for his efforts during his time with us.  Michael McDermott is leaving to fulfil a scholarship in piping at Edinburgh Academy.  He has been a very solid piper within the novice band and will be hugely missed by all in the band.  He has huge potential and will go far if he keeps going the way he is going at the moment.  We also said goodbye to one of tenor drummers Claire Baillie.  Claire is planning on going to University and has an audition with Fife Police Pipe Band so will be keeping up playing.  Claire has been in band almost from the start of it’s existence and has been an inspiring talent for all the young players to look up to.  Erin Ritchie is one of the ‘originals’ and has been with the band since the very start.  She is also looking at joining Fife Police Pipe Band and will no doubt be a strong player for them as she has been for us during her time here.  The final farewell was Hannah Yorkston who is possibly the most musically talented individual to come through the PL Pipe Band system.  She spent this year working at the schools as an instructor serving a year long drumming internship through the SSPDT.  During this time she was the leading drummer of the juvenile band.  She has played bass, snare and dabbled with the tenor drum during her time with the school.  We said goodbye to one of the ‘originals’ and everyone will miss her huge ability, commitment, humour and warm personality.  She is hoping to continue playing whilst at University but will see how much time she has.  Hopefully she does as she is a huge talent.