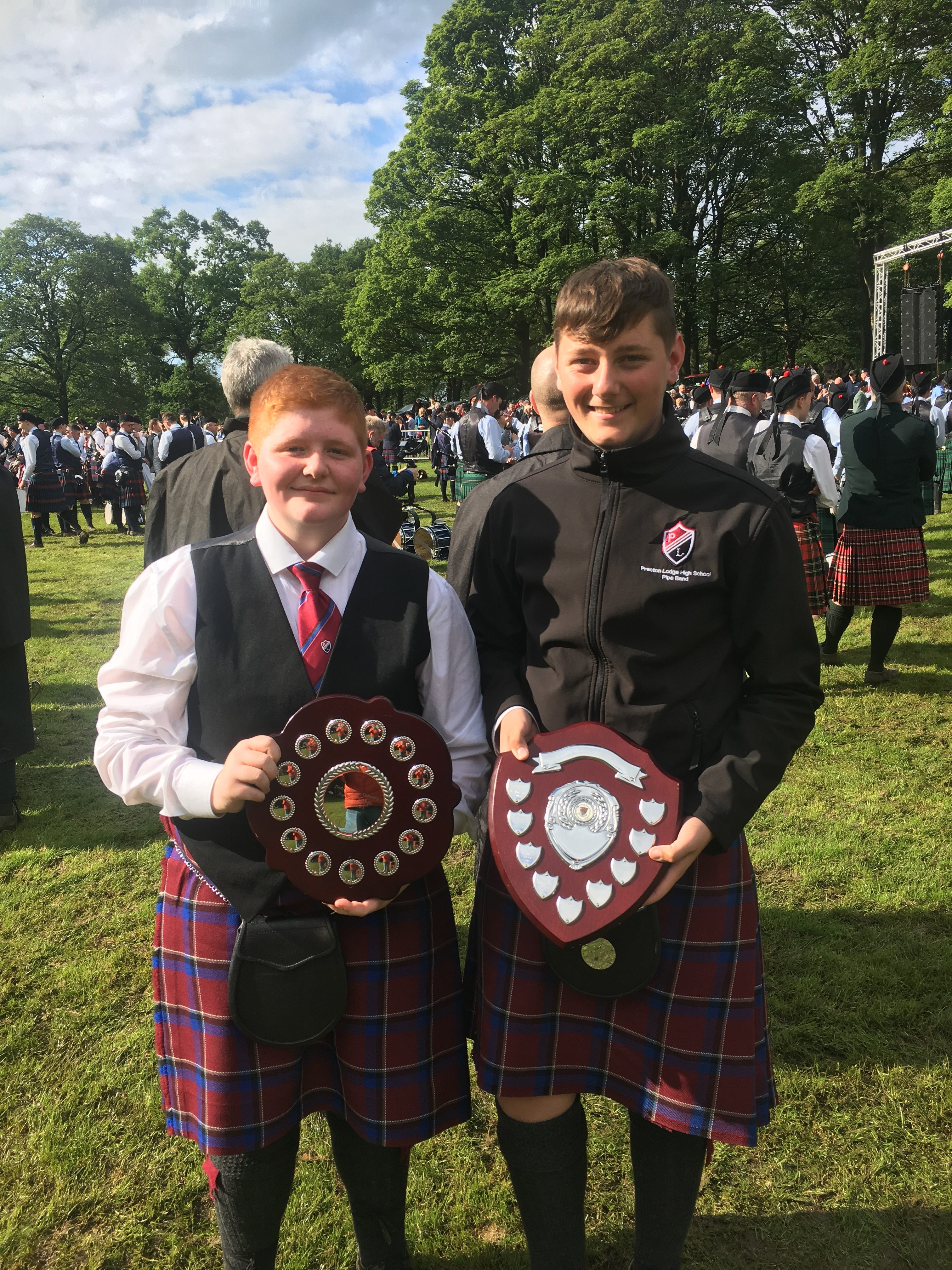 Both our Novice and Juvenile bands were in Lurgan Northern Ireland over the weekend of the 15th June 2019 Competing in the UK Pipe Band Championships.

The big result from the competition was our Novice drum corps becoming UK Champions after coming in first place in the ‘ Novice B’ category. Our Novice band came 2nd overall which was brilliant and our juvenile band came 4th, which was also a solid result. We know the juvenile band could have placed higher, so we will go into the next competition with a fresh hunger and drive to climb up the results and see how high up the table we can climb. Both bands played well in their respective grades and can be proud of themselves for what was a productive weekend.

The weather was absolutely AWFUL during the competition. The rain lasted most of the day and was relentless, as you can see from the above picture taken by Simon. A massive well done to all competitors and spectators who braved the conditions. At some points in the day it was almost a case of who could brave the conditions the best and focus through what was a ridiculous set of conditions to deal with. The rain cleared up towards the end of the day and I even managed to get myself slightly sunburned at the prize giving as the sun decided to turn up 7 hours late!! It really was one of those rare days where someone could have got sunburnt and got trench foot all within 1 hour of each other within the same location. That really is pipe bands for you…………………..and I wouldn’t change it.

We have a few local events this week at school and the Prestonpans gala on the 22nd of June. We will continue working hard during lessons and band practice with success in our sights as we head up north to Inverness for the European Championships on the 29th of June. Hopefully see you all there.