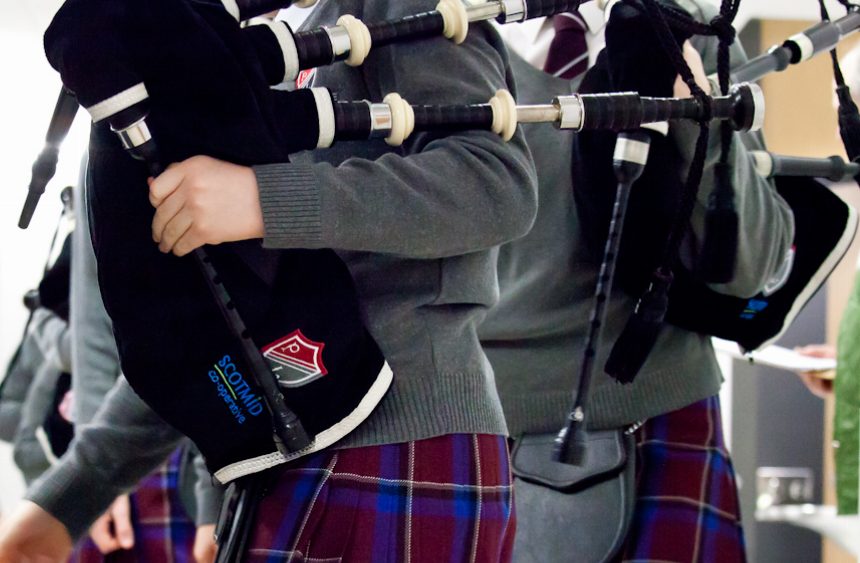 Recently, members of Preston Lodge Pipe Bands were invited to perform at a special schools’ pipers evening hosted by the Royal Scottish Pipers Society in Edinburgh.

A piping trio from PLHS, consisting of Josh Pollard, Blair Scott and Freya Morris, gave an outstanding performance and wowed the audience.

All three pipers were also invited to do a solo which was a great opportunity for each of the young pipers.

Our pipers impressed the Royal Scottish Pipers Society so much that they have invited the whole band to be its featured school band at its Edinburgh Festival Fringe show next summer which is a fantastic opportunity for the whole band.